I’ve been back in Missouri five days and I still feel unsettled…on edge most of the time.  There’s this constant nagging question, “What are we going to do?”  There’s no simple answer; just have to crawl along and see how things develop. 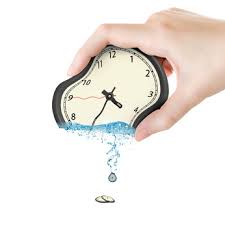 The good:  Kevin will assist Mom until I return Aug. 14.   Of course, I keep thinking the phone will ring with some emergency.  It’s difficult to truly relax.

We have the agency BrightStar on board as a back-up, even though Mom says she doesn’t want their help.  At least the intake was done and paperwork has been completed.

The Director of Nursing from BrightStar of Gurnee spoke with by phone yesterday…just checking in to see how things are going.  She had some good suggestions for when I have future conversations with Mom.  It’s also comforting just to speak with a professional who understands what we are going through and what the future probably looks like.

When I spend time with my parents, I’ve taken to really look at them…closely and carefully.  I’m trying to memorize them for who they are at this time in their lives…and to remember as much as I can about good times in the past…the happier memories.  I try to remain very aware that despite of difficulties, I am extremely fortunate to still have time with them.  It’s sadder with Dad because he has declined so much.  It’s more challenging with Mom because most of the time she denies anything is wrong; plus we get locked into only child/daughter/mother conversations that sometimes end up as arguments.  The arguments start because she will ask me a rational question and as I try to explain something…chaos ensues.  Caretakers are told NOT to explain, argue, or rationalize with a loved one who has dementia.  That’s much easier to do when the dementia is more advanced.  For now, Mom remains clever, suspicious, and in denial—a tough spot for a caretaker.

Clear realization after this last visit:  I am a good care manager.  I do not, however, have the consistently required patience to be a good caretaker.  I think that’s pretty typical for adult children who were not particularly close to their parents while growing up.

I often envy daughters who had/have a loving and close relationship with their mothers.  Not a part of my life’s script…but I know Mom did the best she could for someone who was unloved and abandoned as a young child.

Ah…nature and nurture.  Both extremely important.

The not so good:  Mom still has a legitimate driver’s license, although I believe Kevin may be driving her to see Dad most days. She has until Aug. 16 to renew it.  I emailed Kevin this morning and asked him to call me so we could chat.  He doesn’t use email and doesn’t have a cell phone…and that’s problematic at times in this day and age.  Then again, we all survived with landline phones and paper mail just fine for decades.  Different world today…avenues for immediate communication tend to foster urgency which can foster stress.

I often have feelings of resentment that I had to give up working part-time in order to drive back and forth to Illinois frequently.  I try to counter those feelings with the thought, “Well, this is where you are in your life right now.  This is what you need to be doing.”  But what I want to be doing is going on road trips with grandchildren and friends…before I get too old. 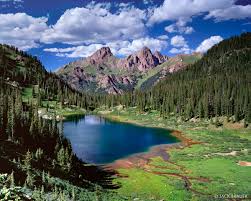 I feel restless much of the time…often “stuck.”  Interestingly, Mom often feels “stuck,” too.  She feels stuck in her routine and does not want to be a burden to anyone.

My cat, Winston, howls and calls out at 4 a.m. each morning.  My long absences are not good for him.  When I returned last Sunday, he hid behind the refrigerator for hours.  Once he figured out who I was and was comfortable, things were fine.   He’s quite clingy and needy…a bit uncomfortable because he “kneads” me with claws.  Still, I try to give him lots of attention.  Overall, he’s a pretty mellow fellow, even if he’s a bit skittish when strangers are around. 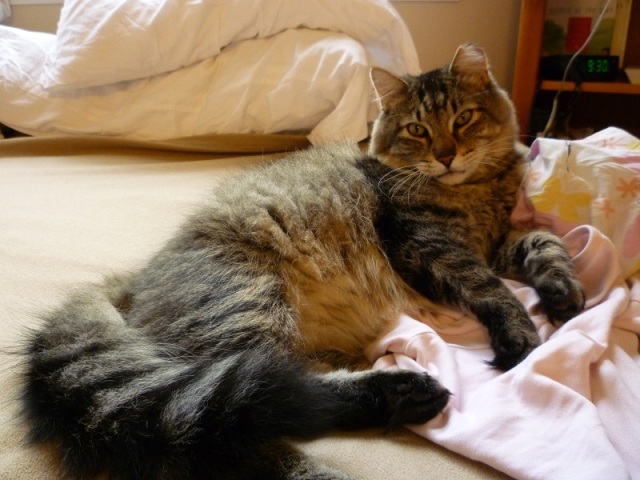 I dislike the time I spend on the “pity pot.”  I feel as though I SHOULD NOT be there because my circumstances are far, far easier than others.  Nevertheless, some days, I just sit a bit and pout…wonder…sigh and feel paralyzed, unable to plan.

I live with the feeling that my life is on hold and I feel caged.   What I need to remember that every day of this life is a gift…whether on the pity pot or not. 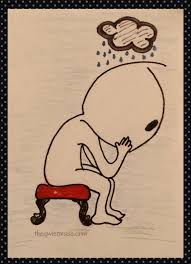 Retiree who is reluctantly adjusting to the reality that she is aging. As of July 1, 2021, I have relocated to Middleton WI after living in Columbia MO for over 40 years. I'll go back and visit friends and family in Columbia as often as possible, and I hope they will visit me. I decided that I want to experience a new and vibrant location in a cooler climate with lakes...a bucket list item of mine. I have a first cousin who lives in Madison. We have nice childhood memories, and it will be wonderful to spend some time together as elders. A new chapter begins.
View all posts by jjmummert →
This entry was posted in Parental Journal, Uncategorized and tagged aging, BrightStar, care manager, caregiver stress, dementia, elder care, elderly parents, long distance care management, Missouri, nature vs nurture, pity pot, planet elderly. Bookmark the permalink.